My weekend felt exceptionally long. It's probably because I was a bit sick and had to pretty much stay indoors for the week. When the weekend came, I really felt I needed to get out of the house and attended two events, a new brand launch and a Skechers store opening. Besides these two, I pretty much just took it easy, drank some good coffee, ate some homemade yummy chocolate (recipe here) and comfort food. 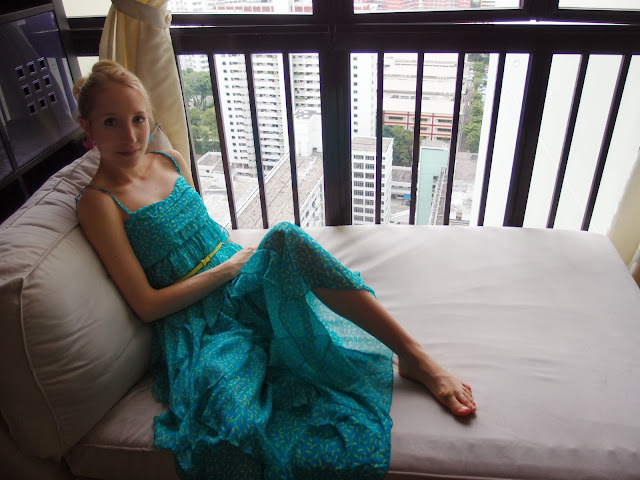 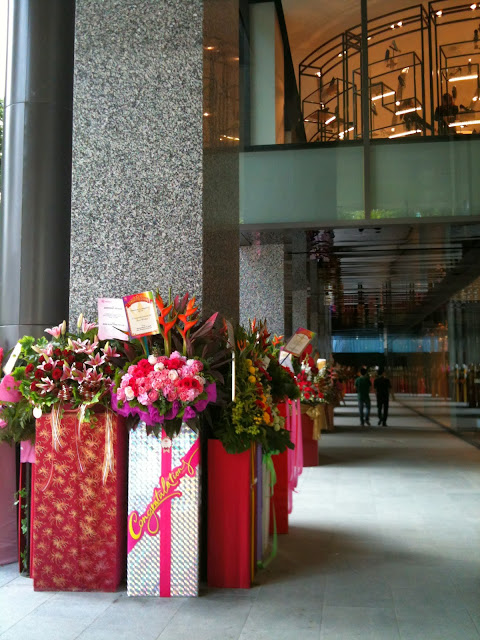 I will share more about this brand launch with you later on! Right after it, I attended Skechers media event at Bugis. I was with my blogger friend Peiwen and used her as a model ;) 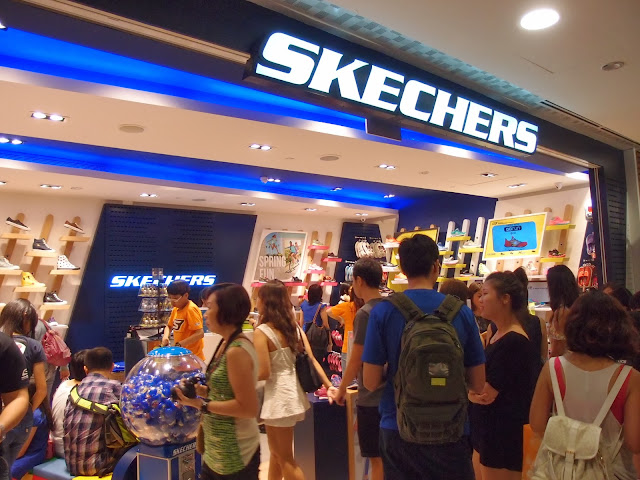 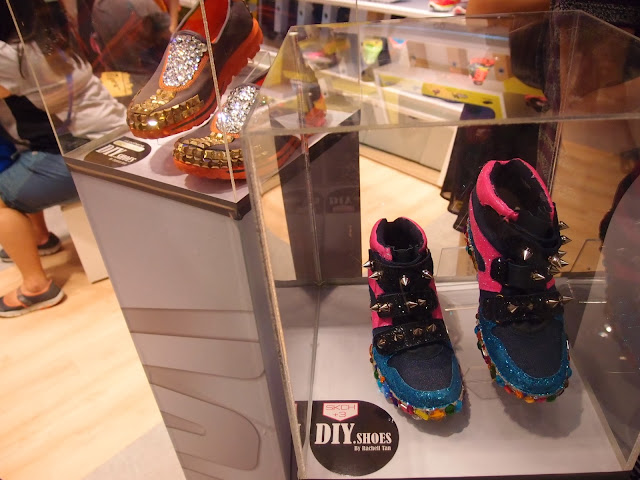 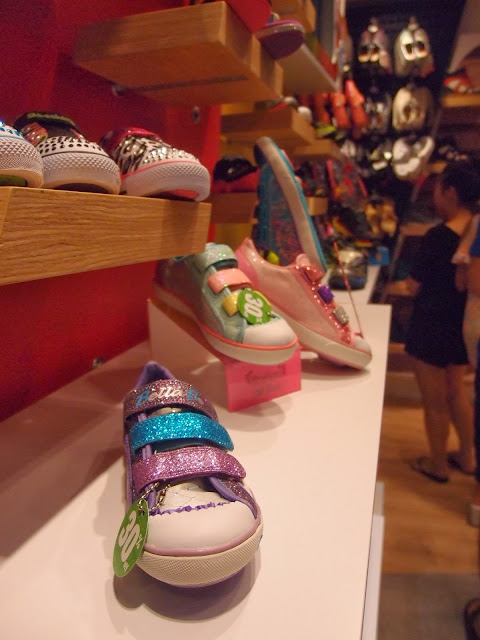 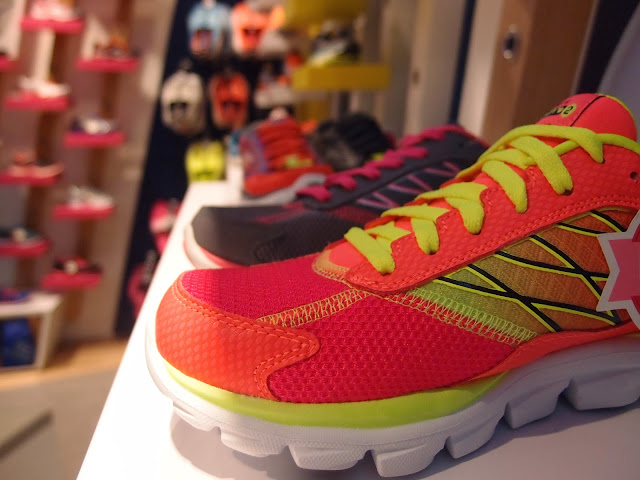 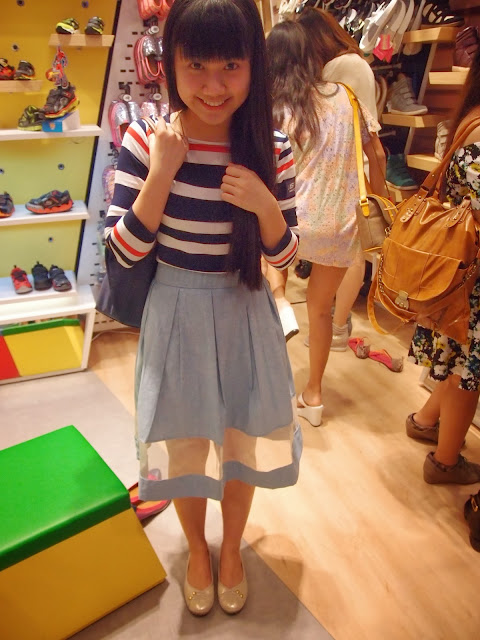 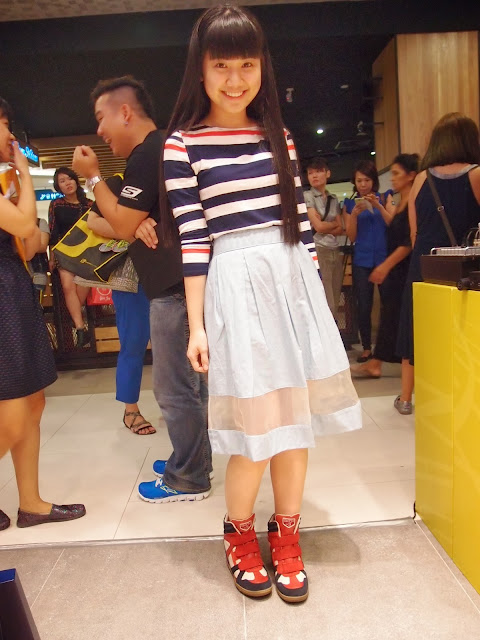 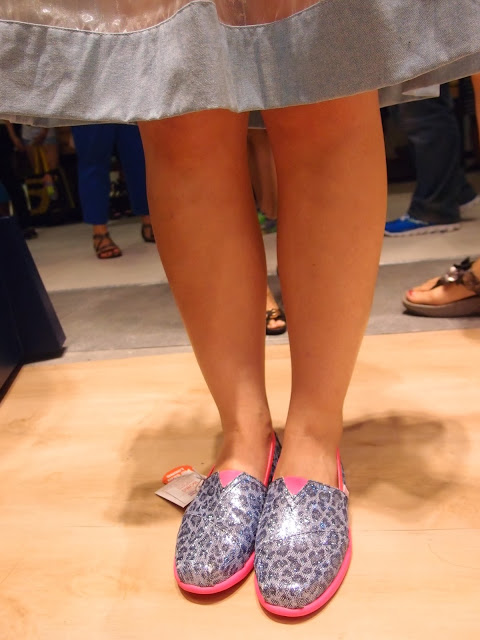 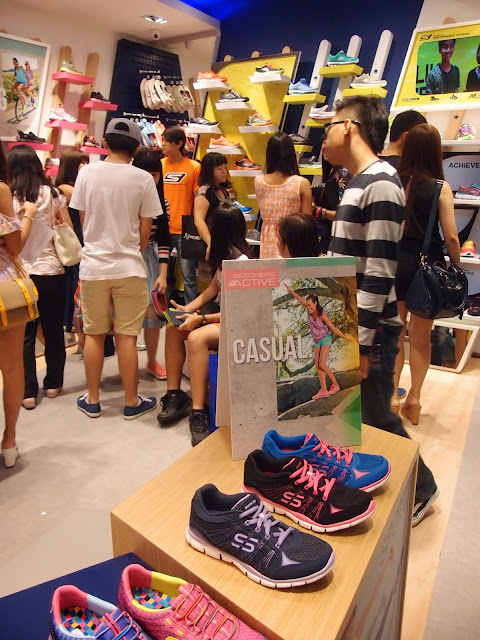 The kids' shoes are actually pretty cute. I tried on one (adults!) pair that suit my outfit ;) - and they we really comfy! 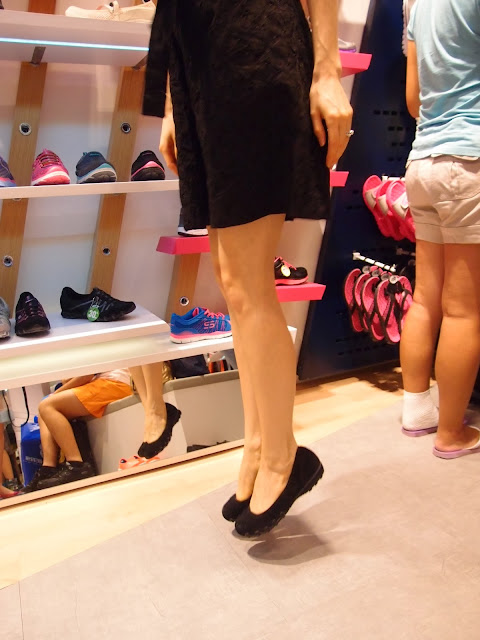 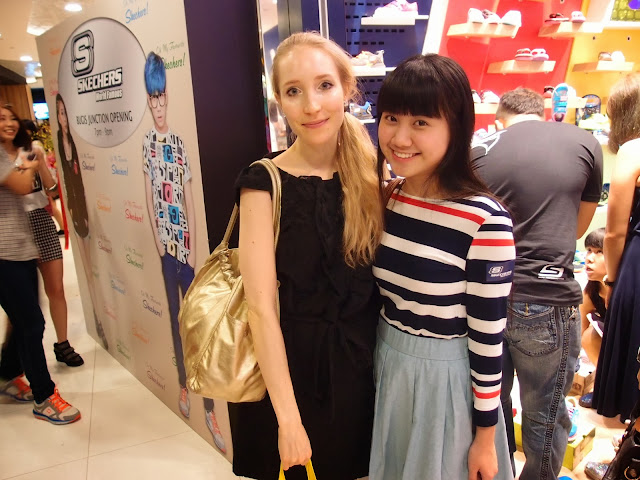 As I still felt a bit weak after being sick, I opted for some soup. Comfort food! :) 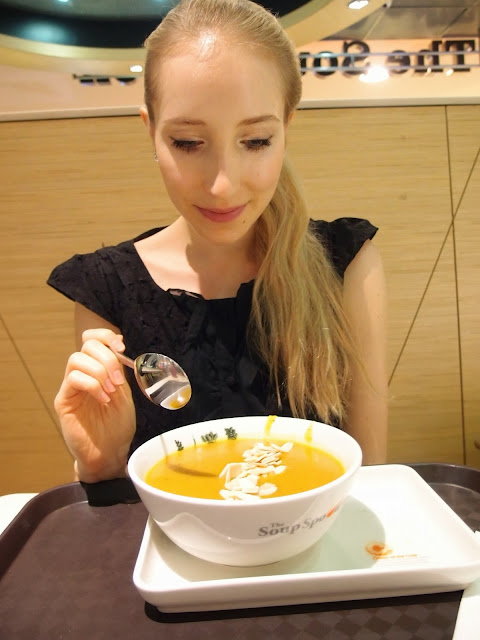 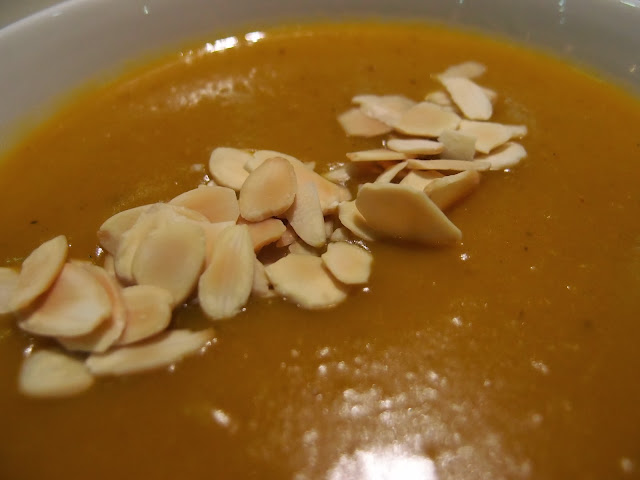 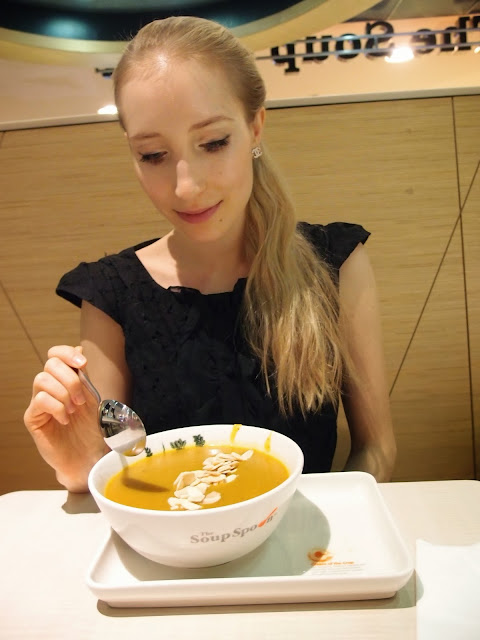 Roasted nuts on top of a soup is actually a great idea, I have to try it at home! Just that the soup has to be creamy like this one. Too bad that it's usually so hot that I don't feel like taking any soupy stuff.....

Later on I also cooked some salmon for dinner. 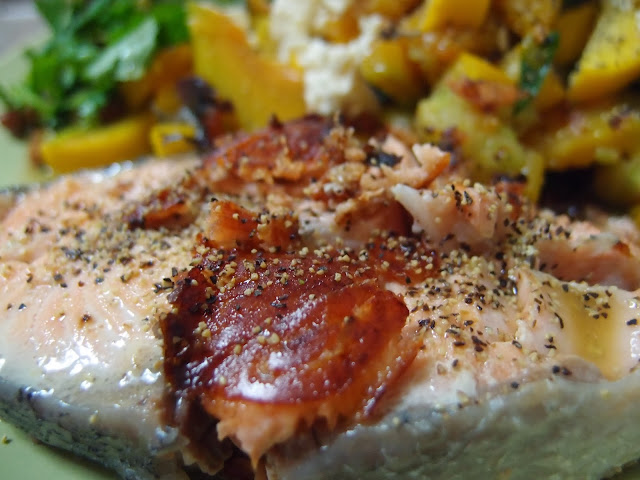 Hope you had a relaxing weekend - we are half way through until the next one!

PS. I had a laugh going through some old photos, especially those failed ones, and I'm planning to share some of those with you. Just to show that being a blogger ain't as easy as it may look like... ;)