I've always wanted to go to Phi Phi Islands so we decided to book a speed boat trip from one of the MANY travel agencies. The trip took almost the entire day - a van picked us up at 7.45am and drove us back to the hotel by 6.30pm.  Phi Phi islands actually comprise of Phi Phi Don and Phi Phi Leh and there are many other smaller islands around these two.

The first stop was at Coral Island, 20 minutes by boat from the Royal Marina shore. At the time we stopped there the sun was at its hottest. We used spf 75 and still burnt a bit! The water was amazing - turquoise, completely clear and full of fishes! The sand was white and filled with amazing corals and shells. What a paradise, only too hot. 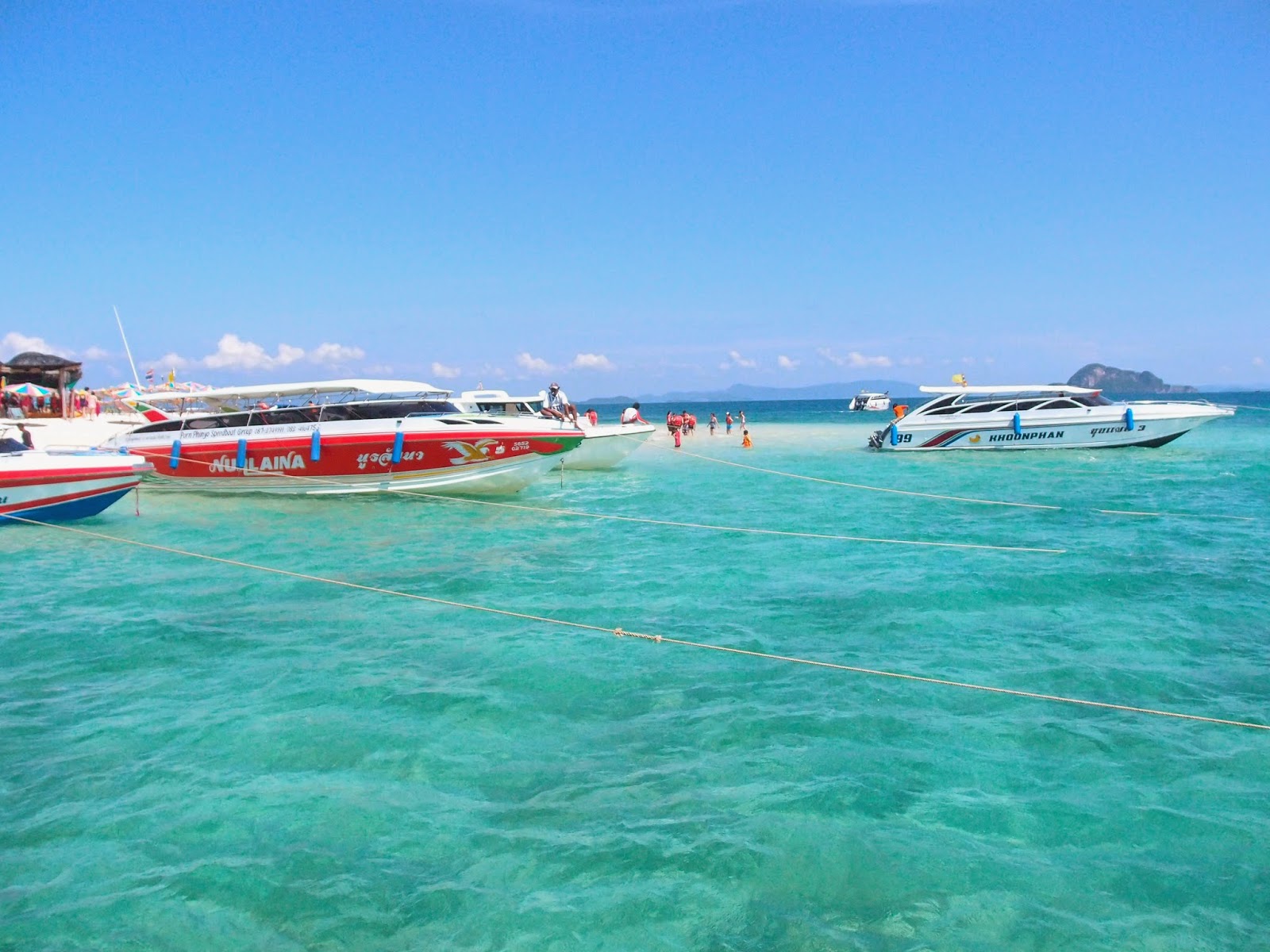 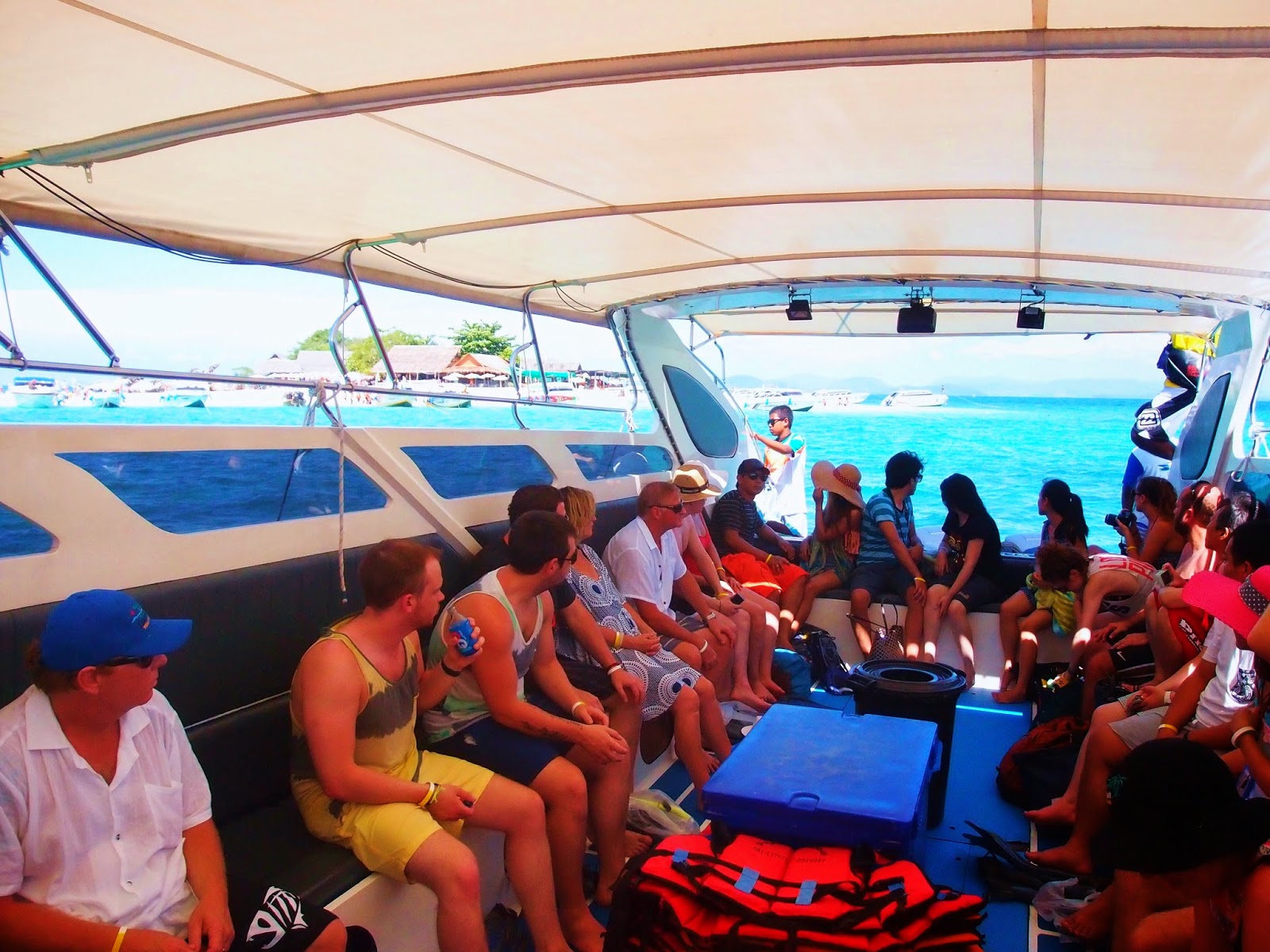 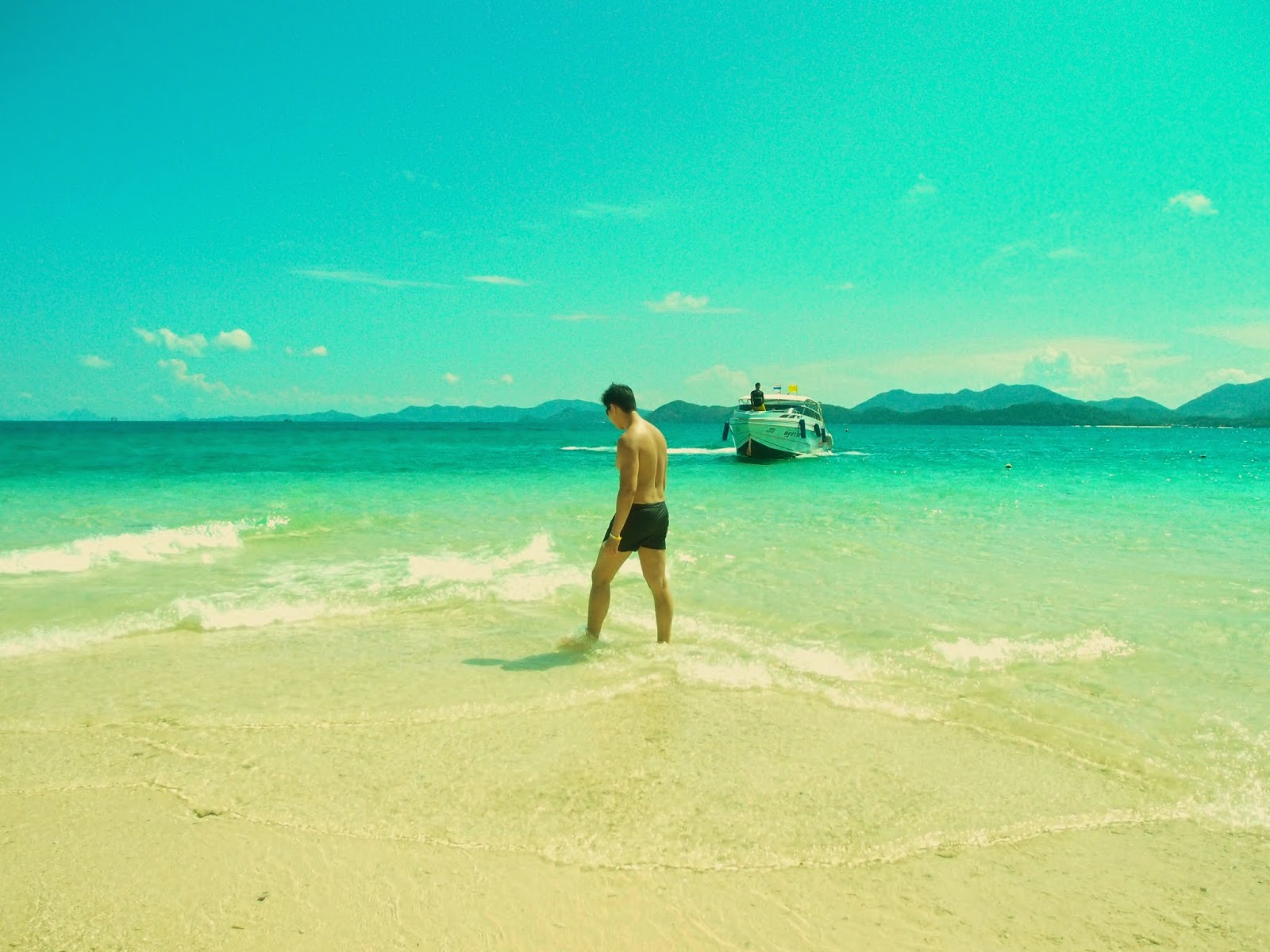 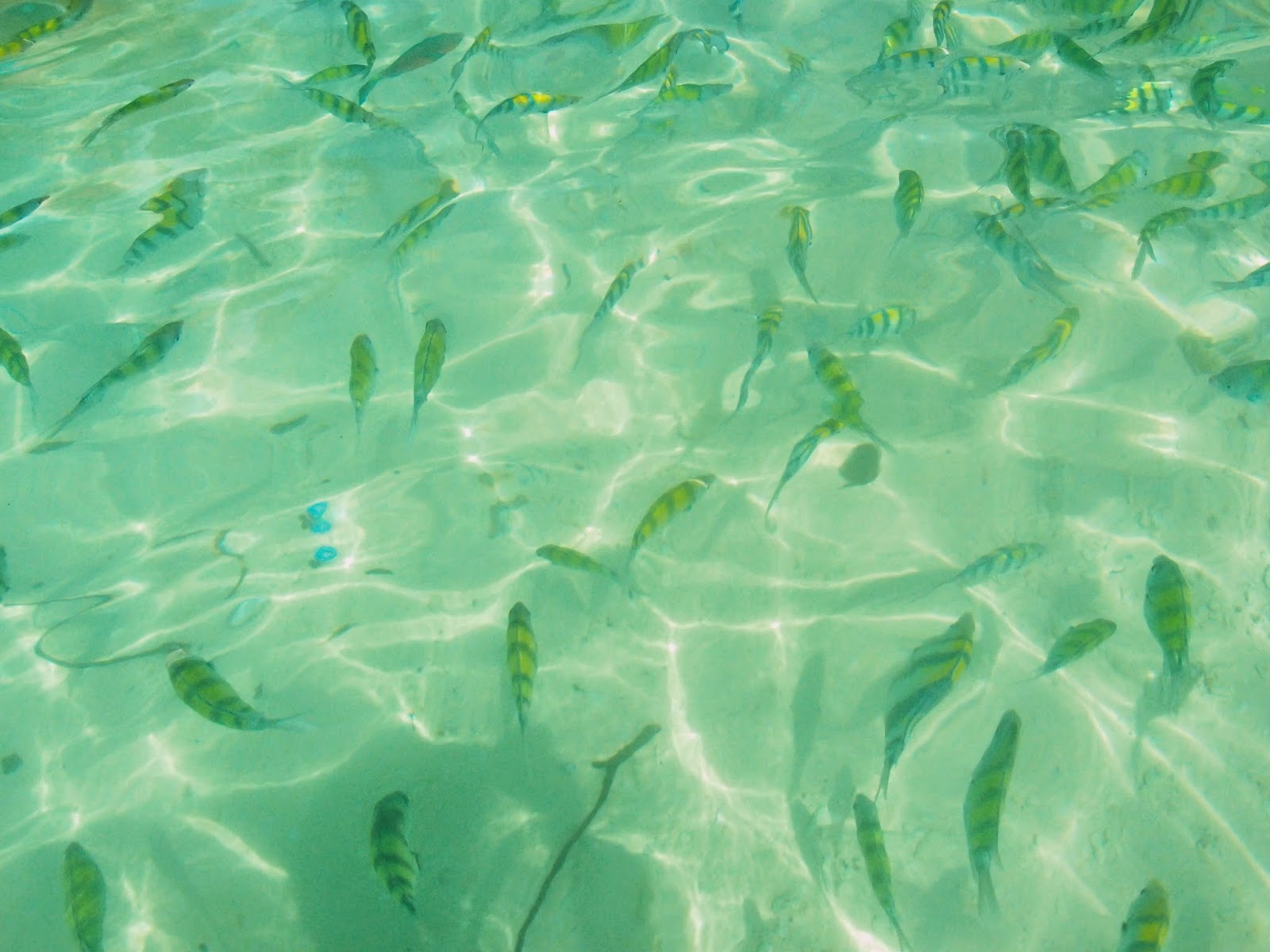 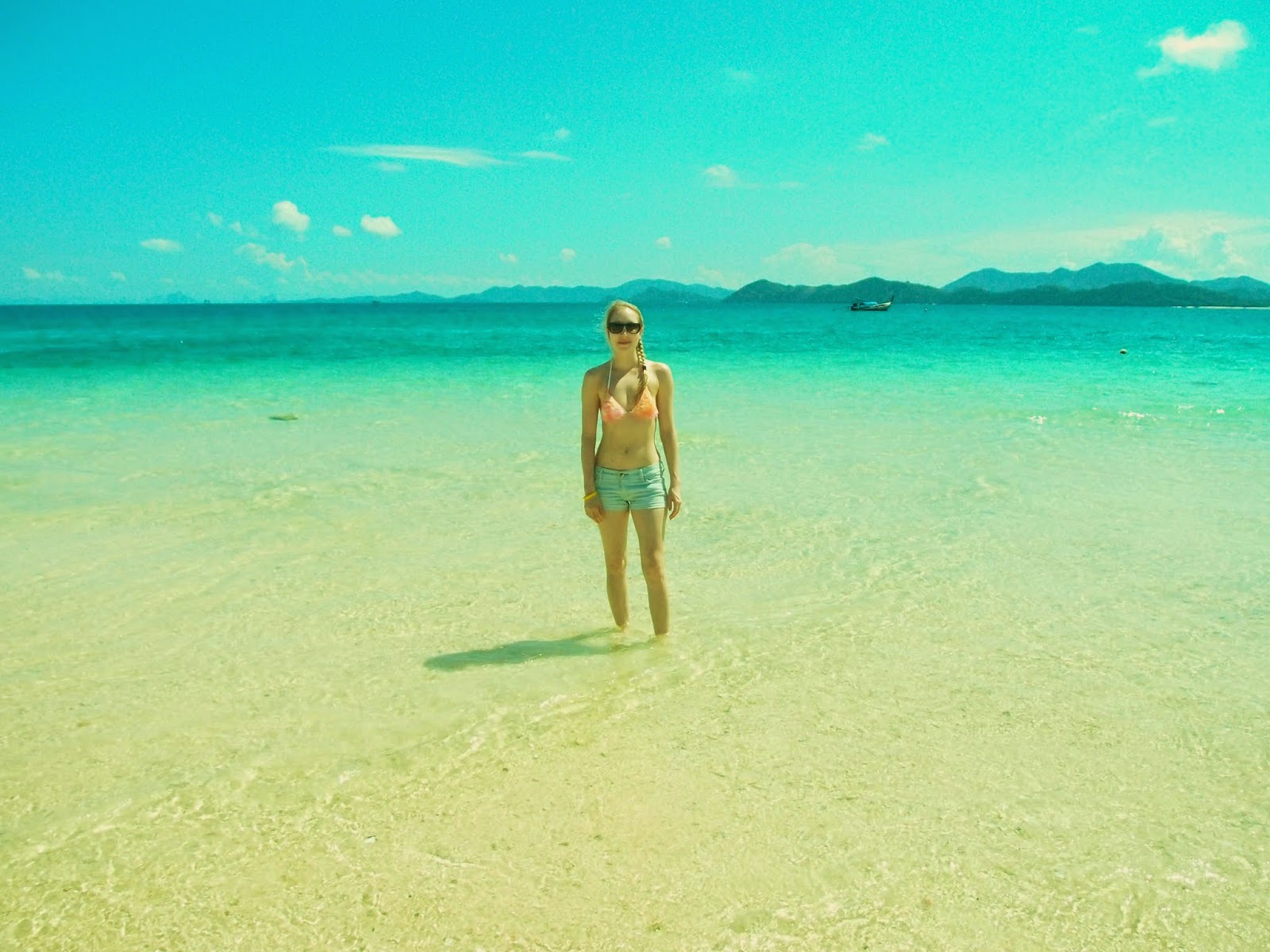 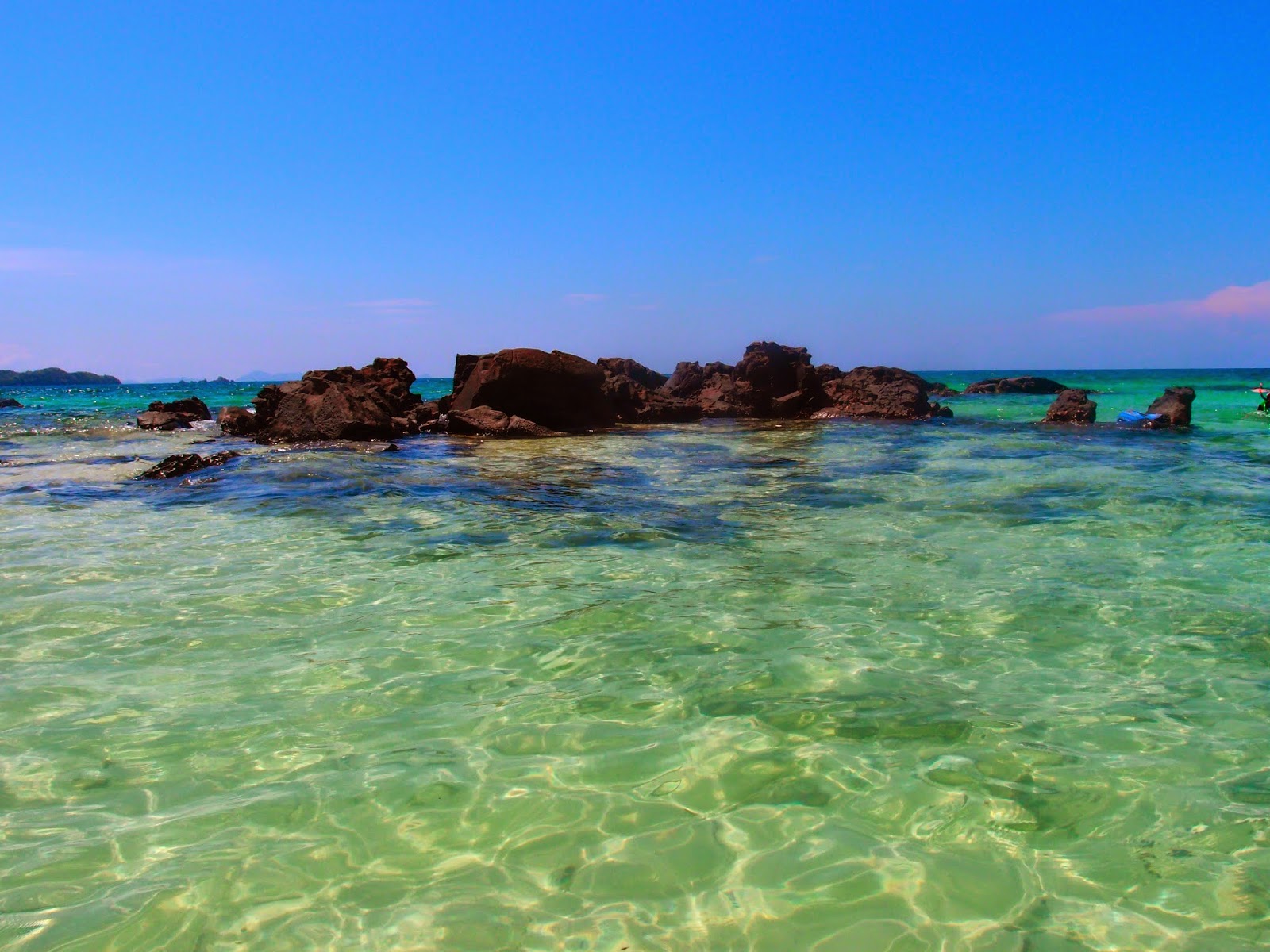 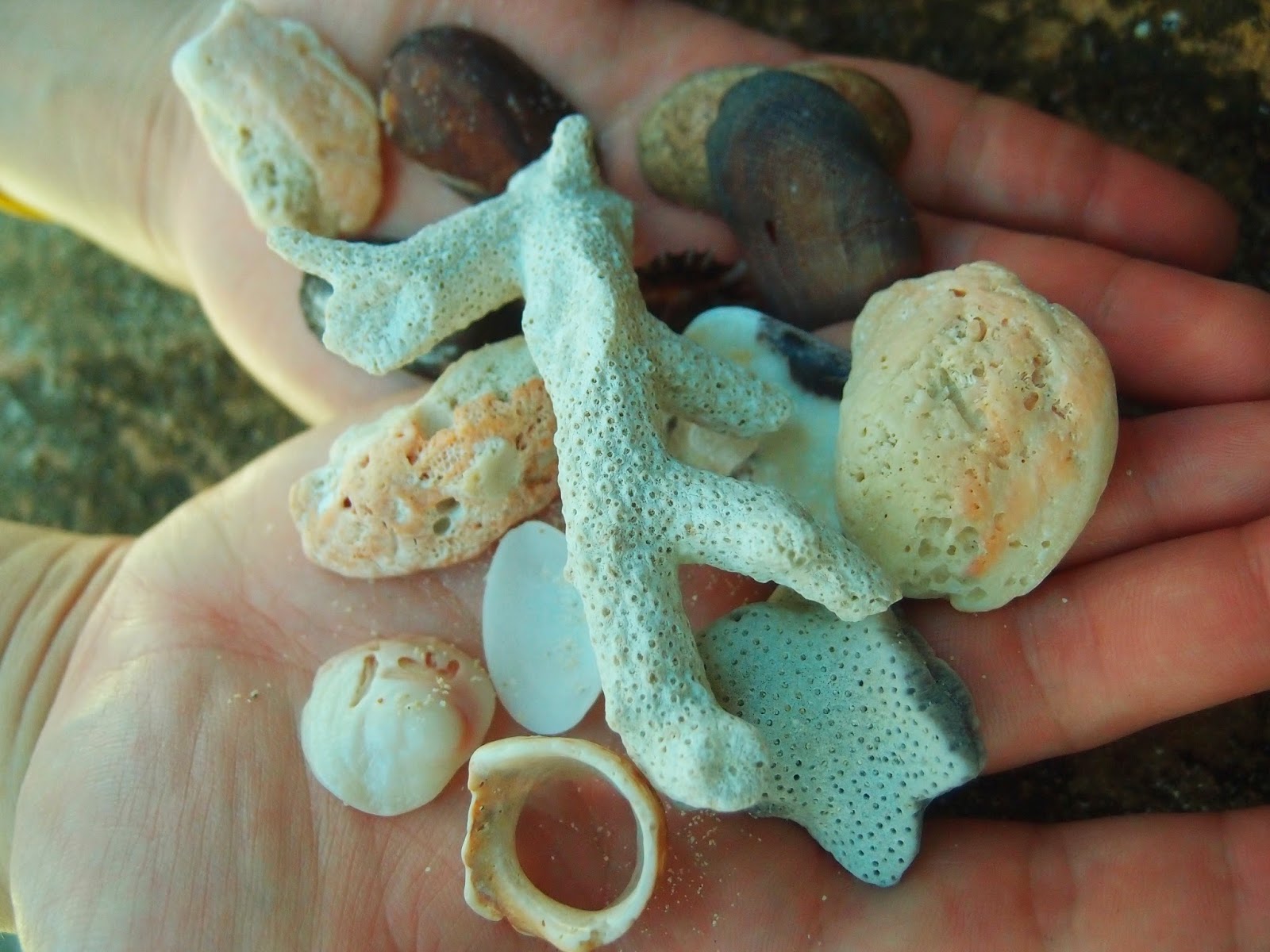 The next stop was at Phi Phi Don where we had a thai buffet lunch and stopped by a few different beaches to swim and look around. 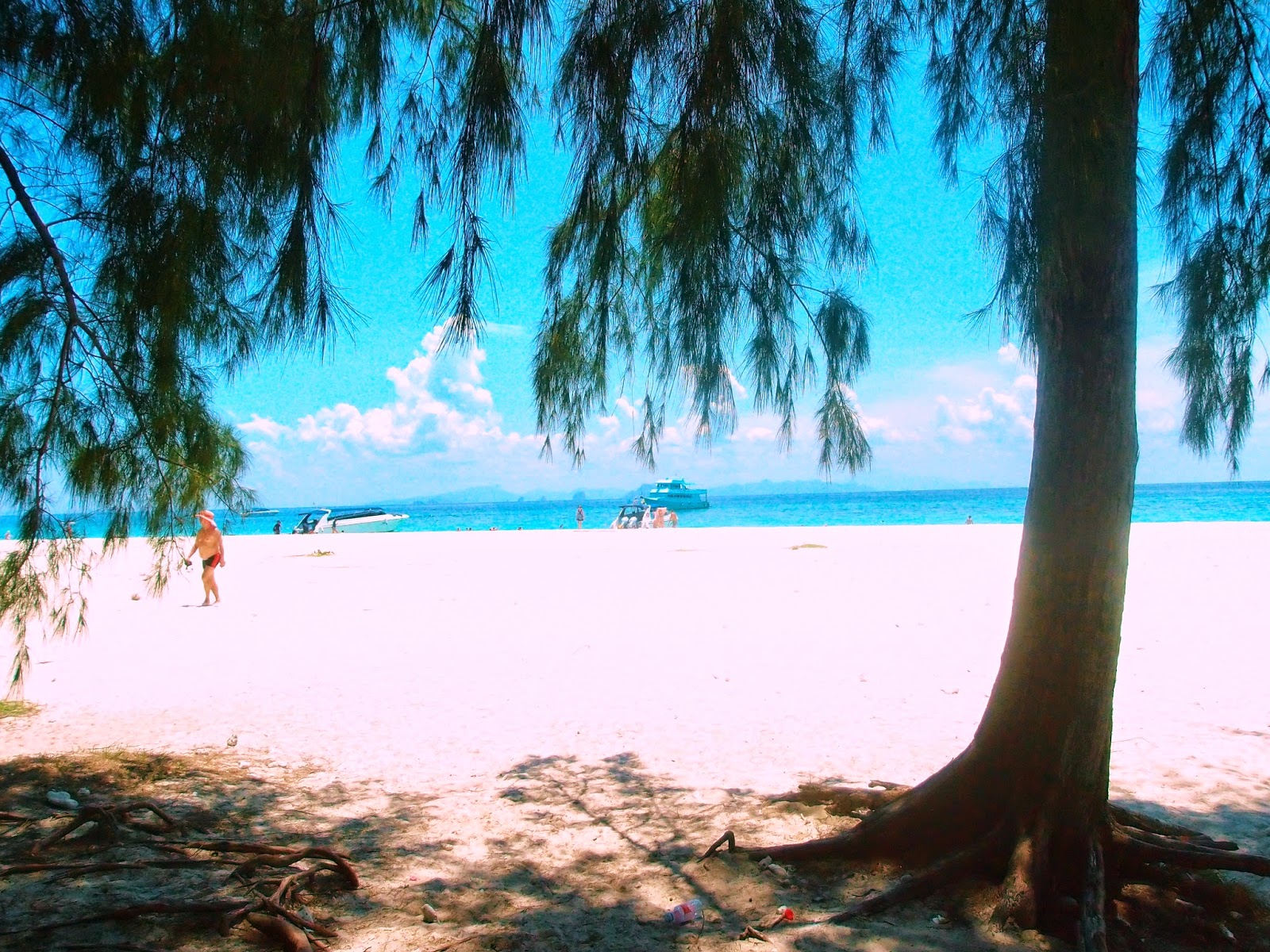 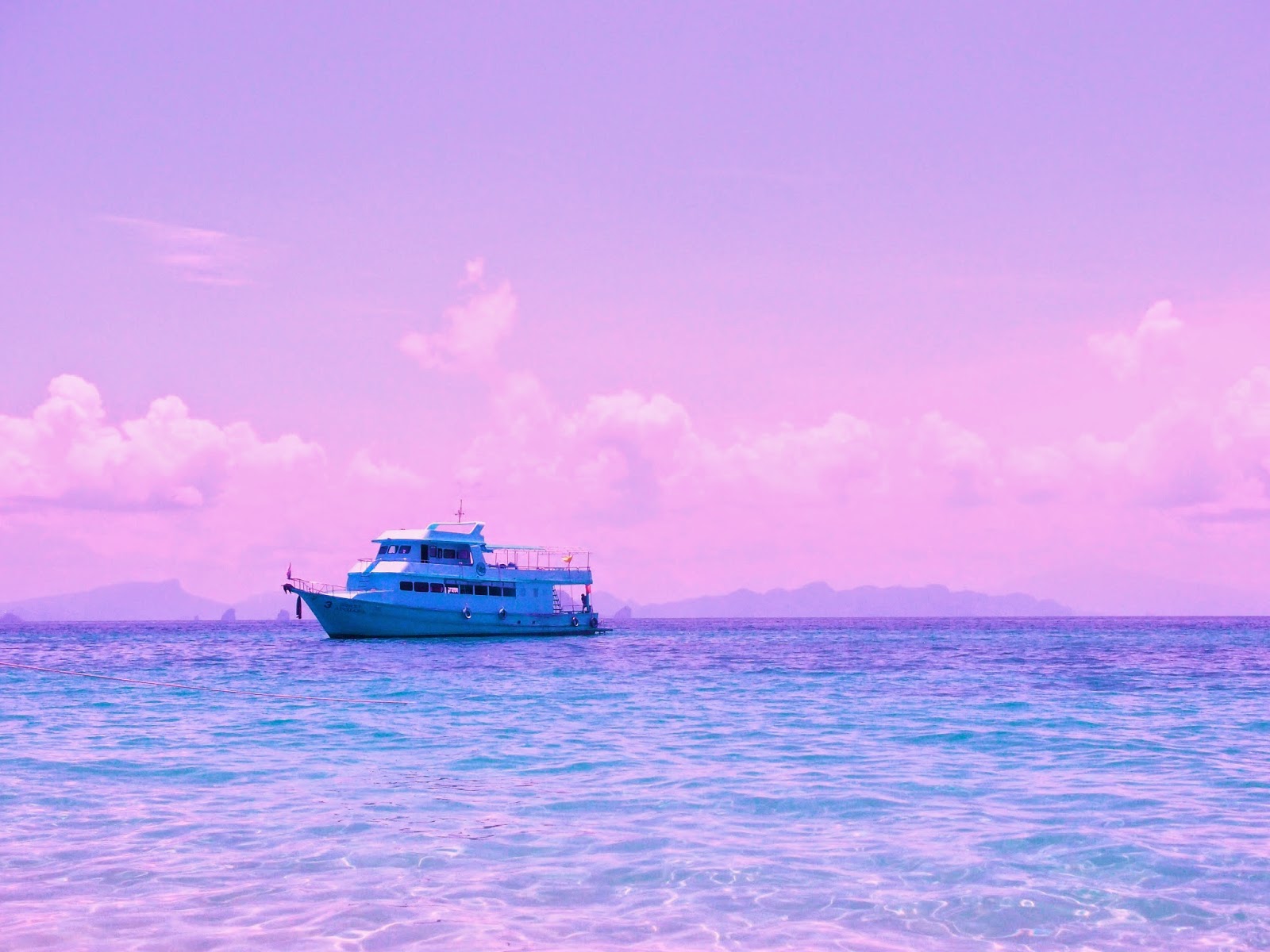 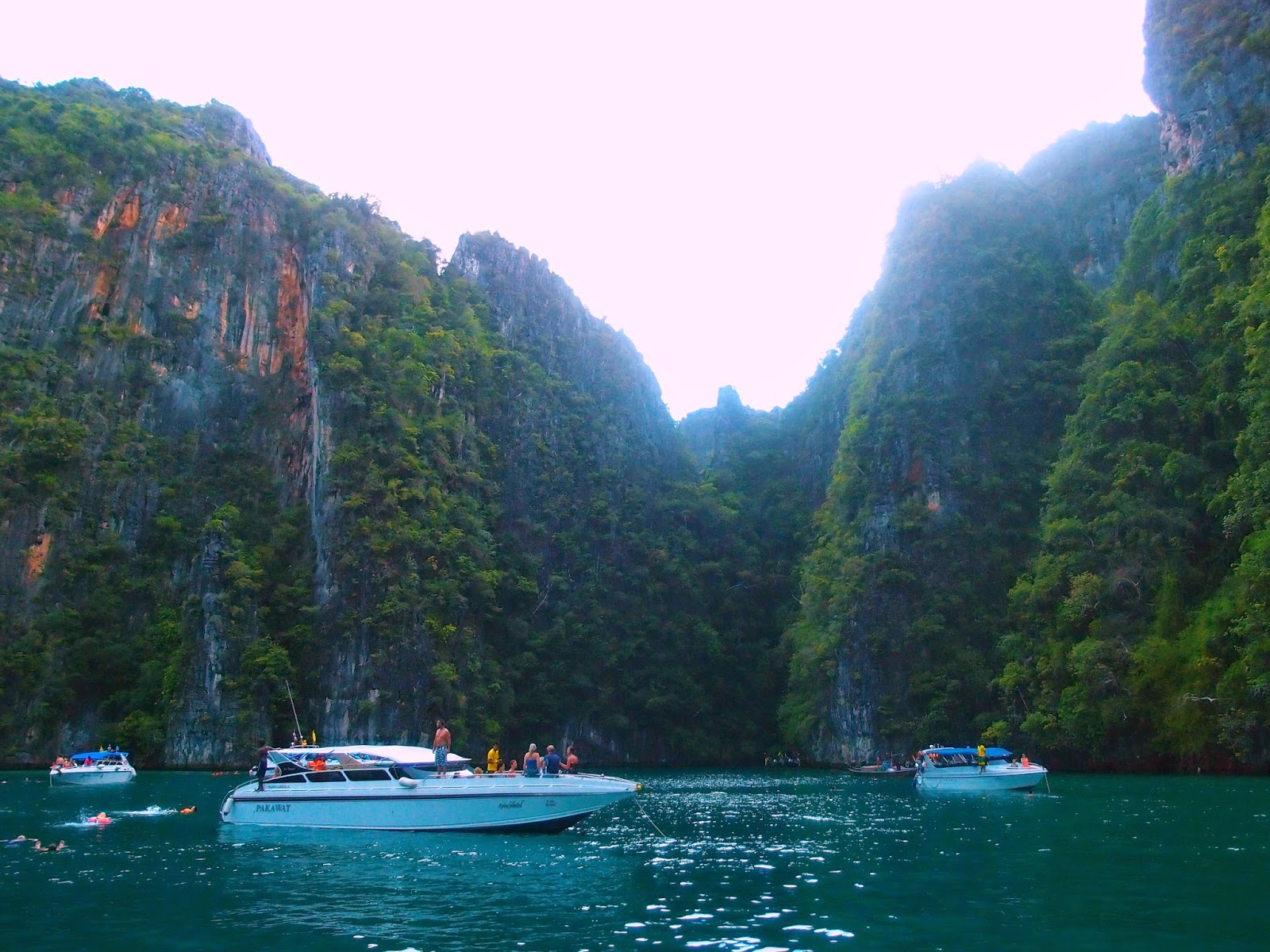 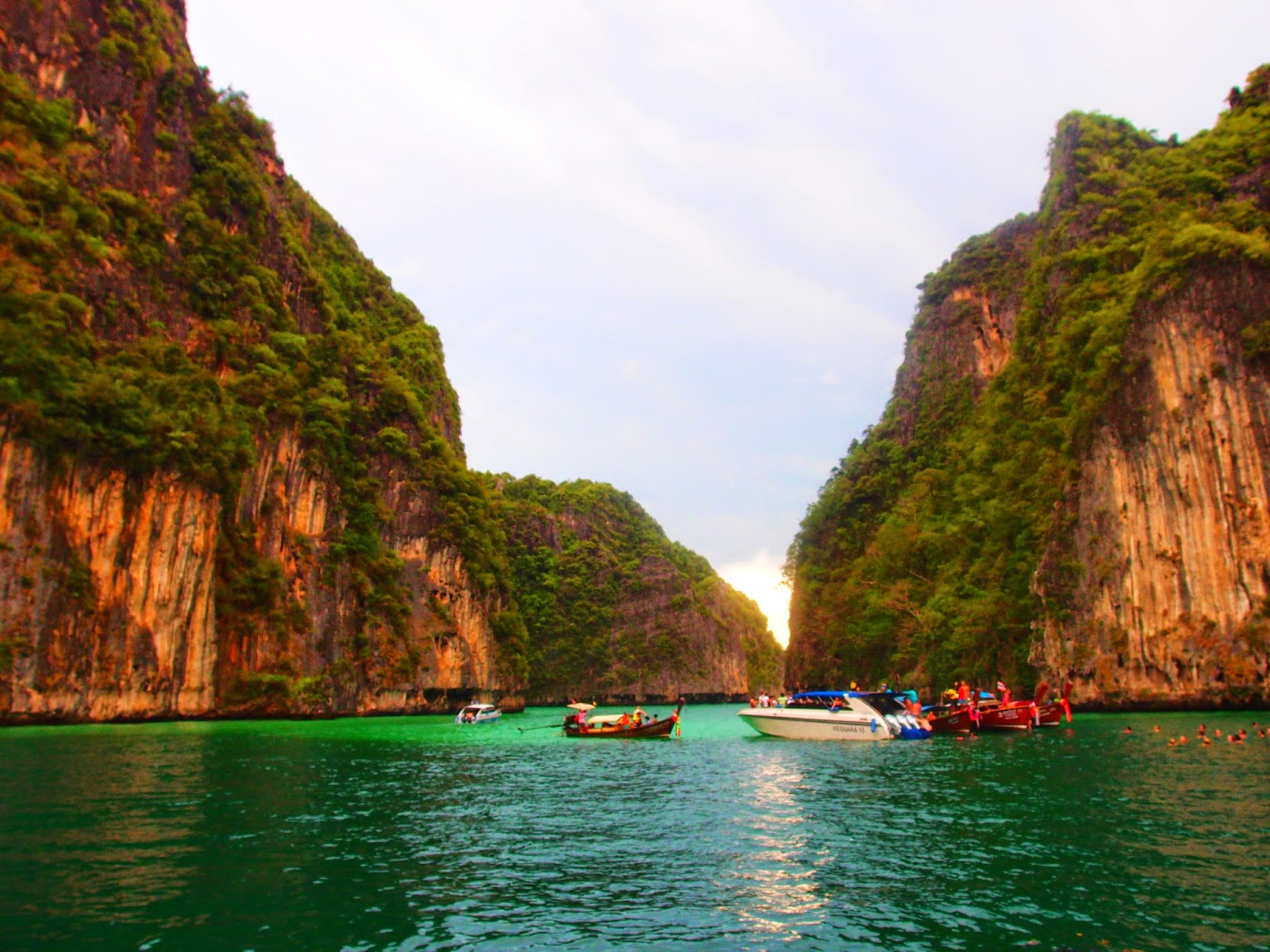 We were so relieved when the sky became cloudy and the heat let go just a little. We did some snorkling at Phi Phi Leh (I was mainly just floating around with a safety vest :D) and then headed to Maya Beach for the last stop before returning back to the hotel. Maya Beach is where the movie the Beach was filmed. It's beautiful but you hardly get the same feeling due to the crowd 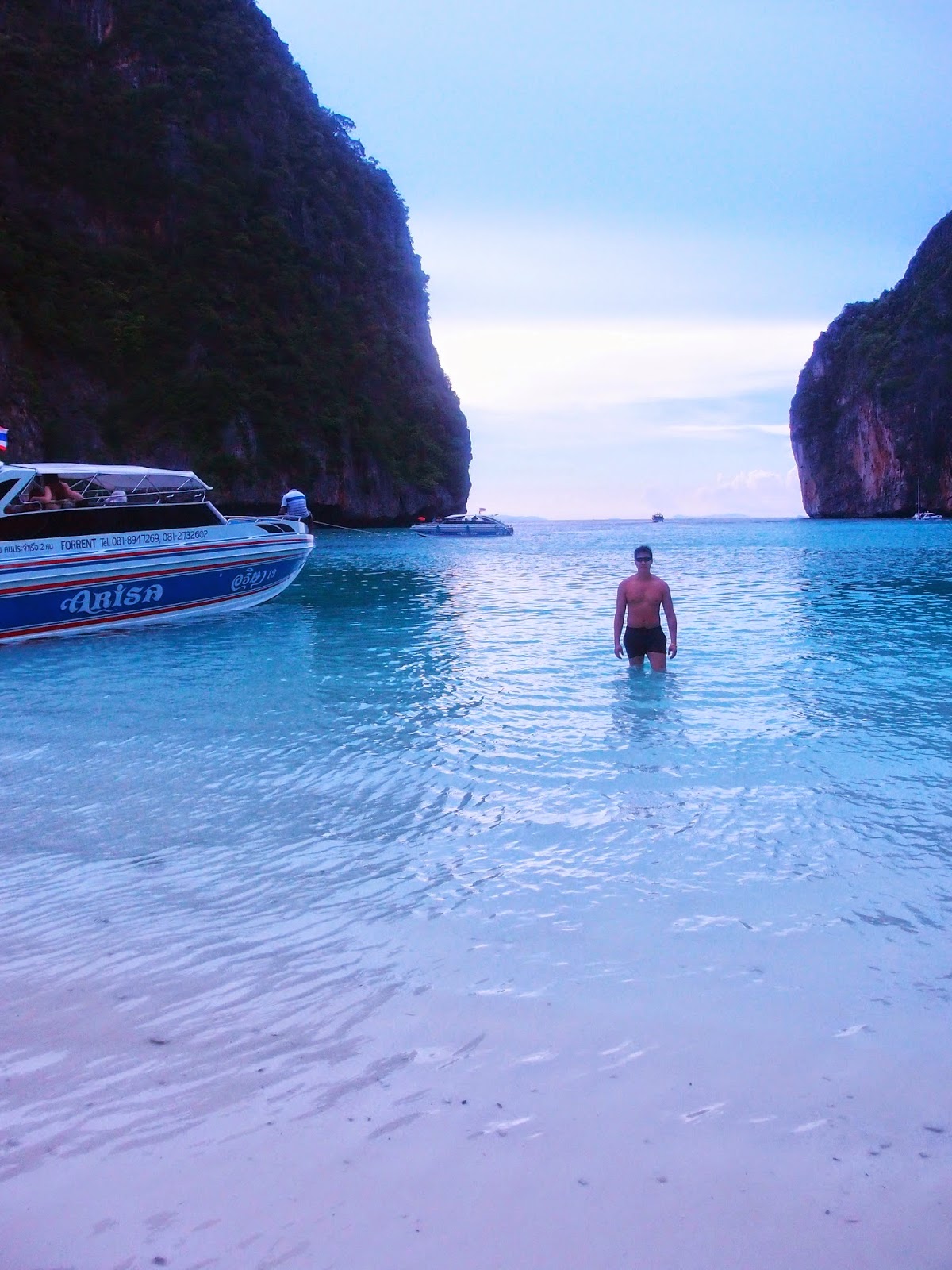 Phi Phi is very beautiful and fantastic for snorklers and swimmers (and people who don't feel sick in the boat, unlike me :p) but it's mostly island hopping and not so much of exploring each island properly. I recommend preparing with lots of water and a good sunscreen (even an umbrella).

Email ThisBlogThis!Share to TwitterShare to FacebookShare to Pinterest
Tunnisteet: photoblog, photography, relax, sun, thailand, travelling, what to do in Phuket
Singapore Singapore