Every Chinese New Year, people want to start fresh with better luck, a clean house (cleaning during the first days is not allowed because that mean "washing off the good luck") and new things. Most people are anxious about how their luck will change; this depends on the Chinese horoscope. I'm a tiger so the year of horse is supposed to be lucky for me. I don't really believe in these but it's still good to hear :D

I took numerous photos during the first days and I'm publishing them this weekend - keep posted! We also celebrated our second ROM anniversary this week. As some of you may know, we both forgot it last year and didn't celebrate at all! :p This year we are going to a nice buffet dinner (post coming up after I've taken all the nice shots!) and my husband also got me something I've been looking for for the past three years. A watch!

Three years? Well, I'm picky in terms of watches. I wanted something extraordinary, something special. I wanted a watch I like looking at. That I could just stare at the screen because it's pretty and not just to check the time. A year ago I found the perfect watch from Skagen. It was mature, black leather with a screen that looked like the night sky. It was so pretty, especially the screen. It was quite expensive so I decided to wait. When I returned to the shop, it was gone. They didn't make it anymore. I was devastated. After that, I never came across another nice one.

I wanted something outstanding, but all of the watches I saw seemed to be either boring or glittery - you know those fake diamond sparkly watches. I just personally didn't want one of those but I really wanted something different.

Well, I finally found the one. 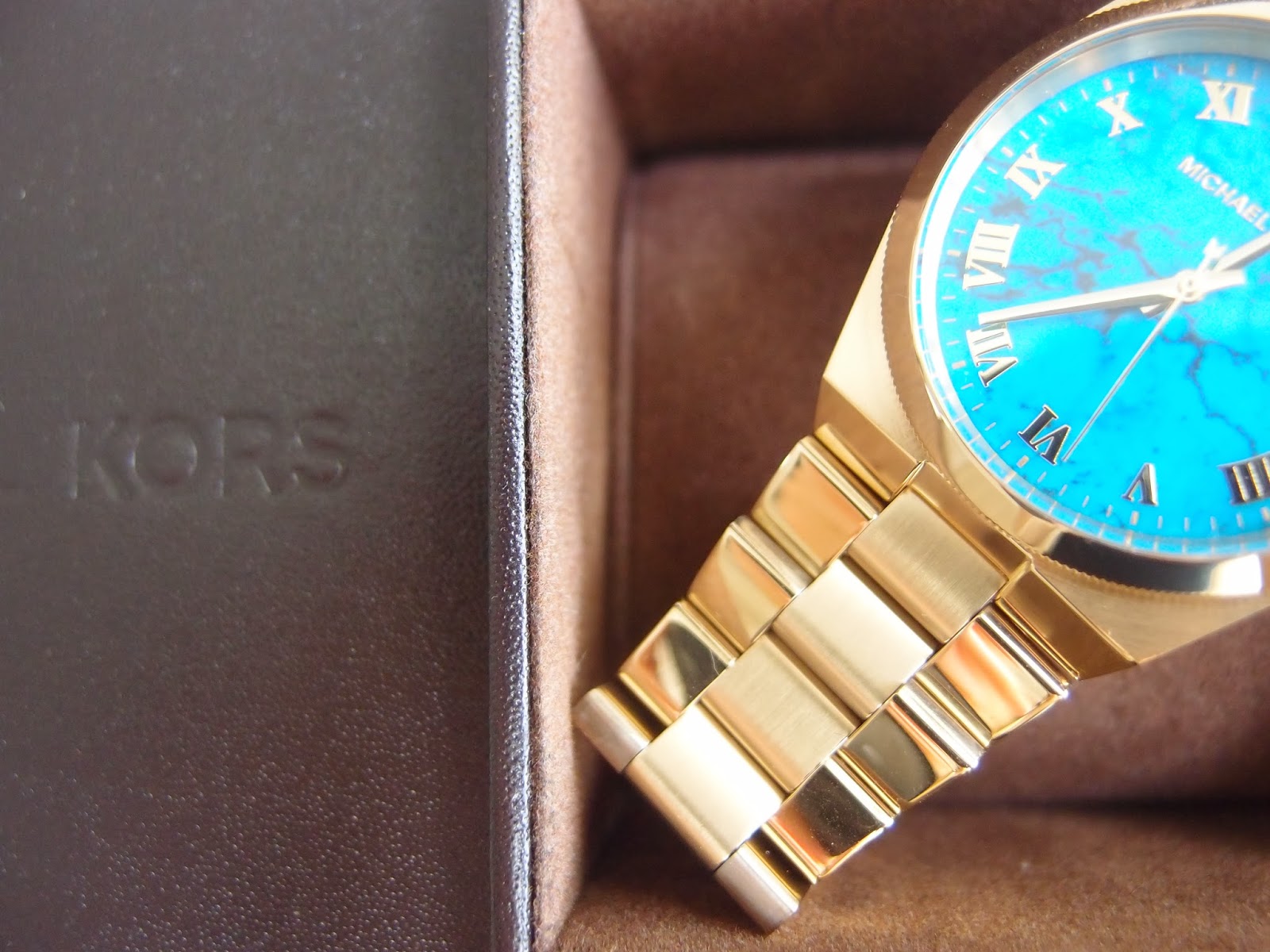 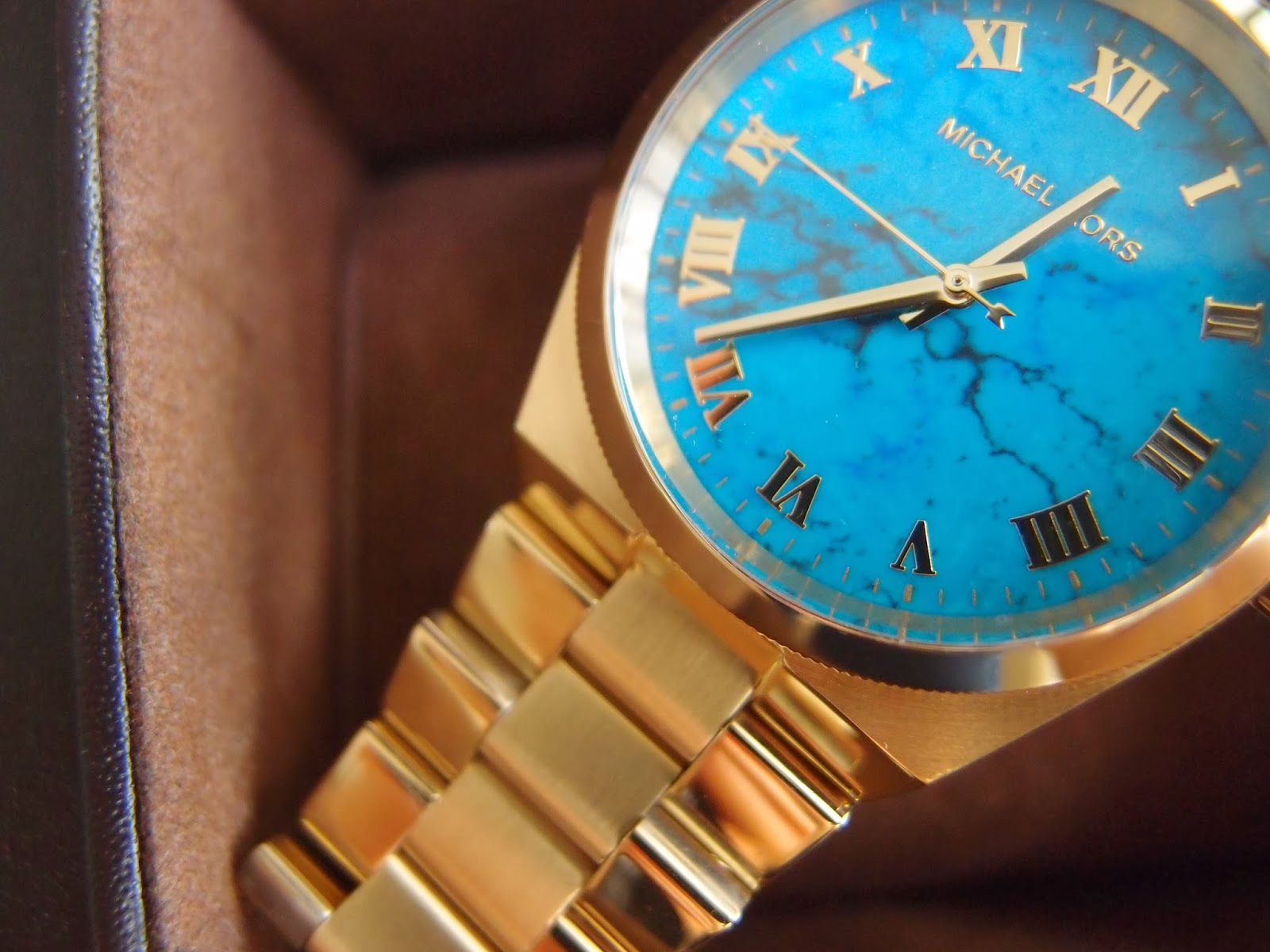 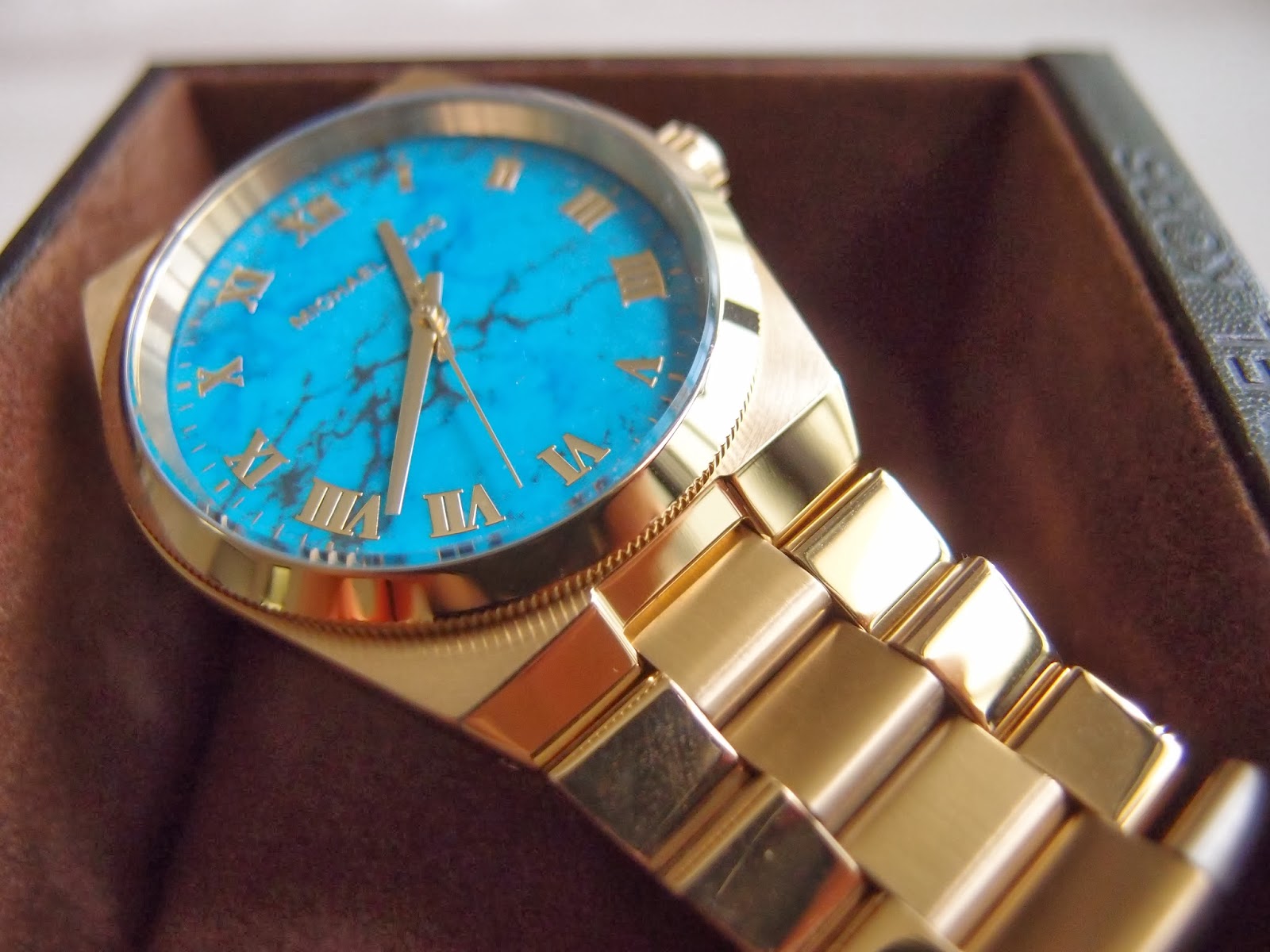 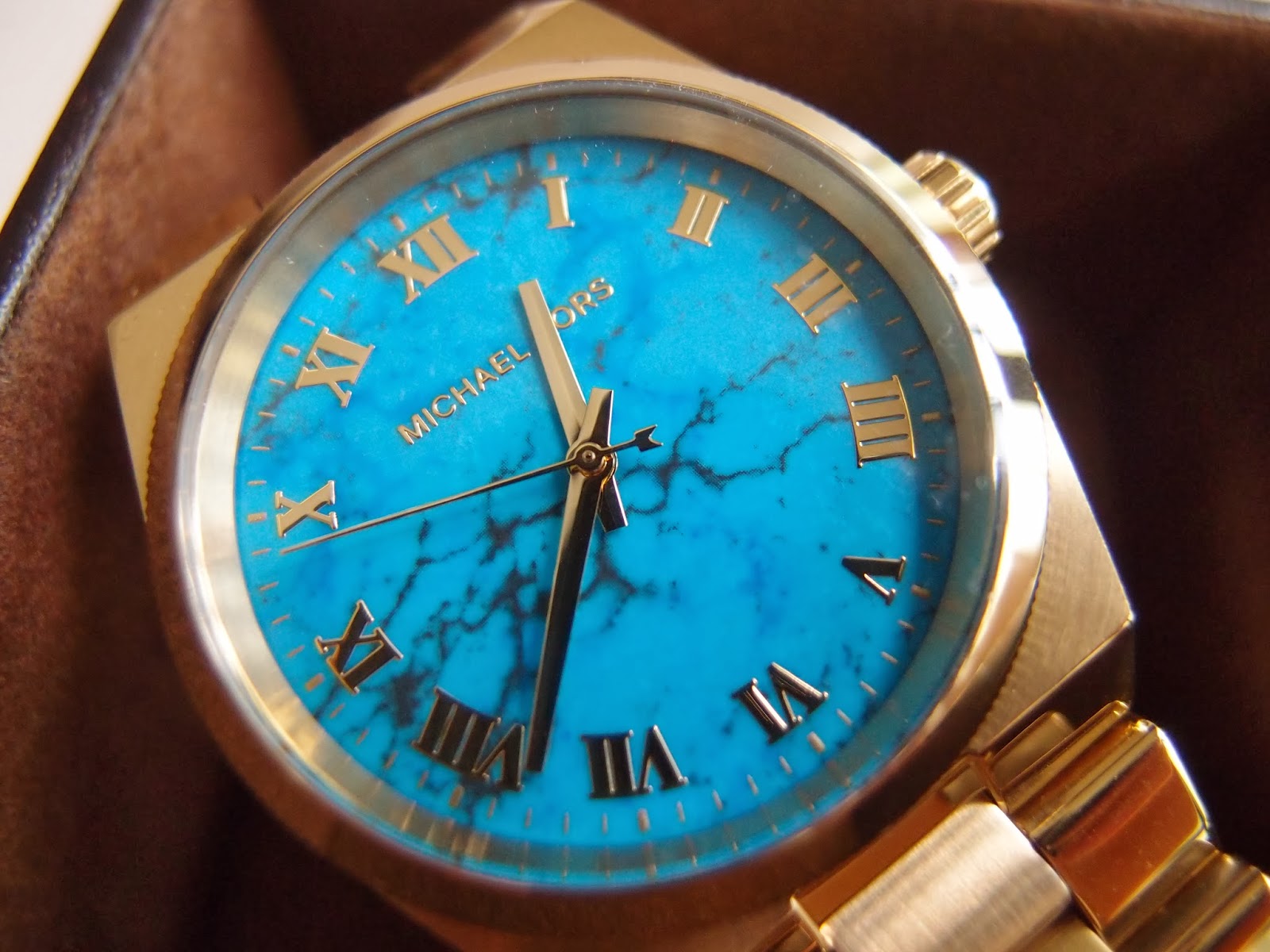 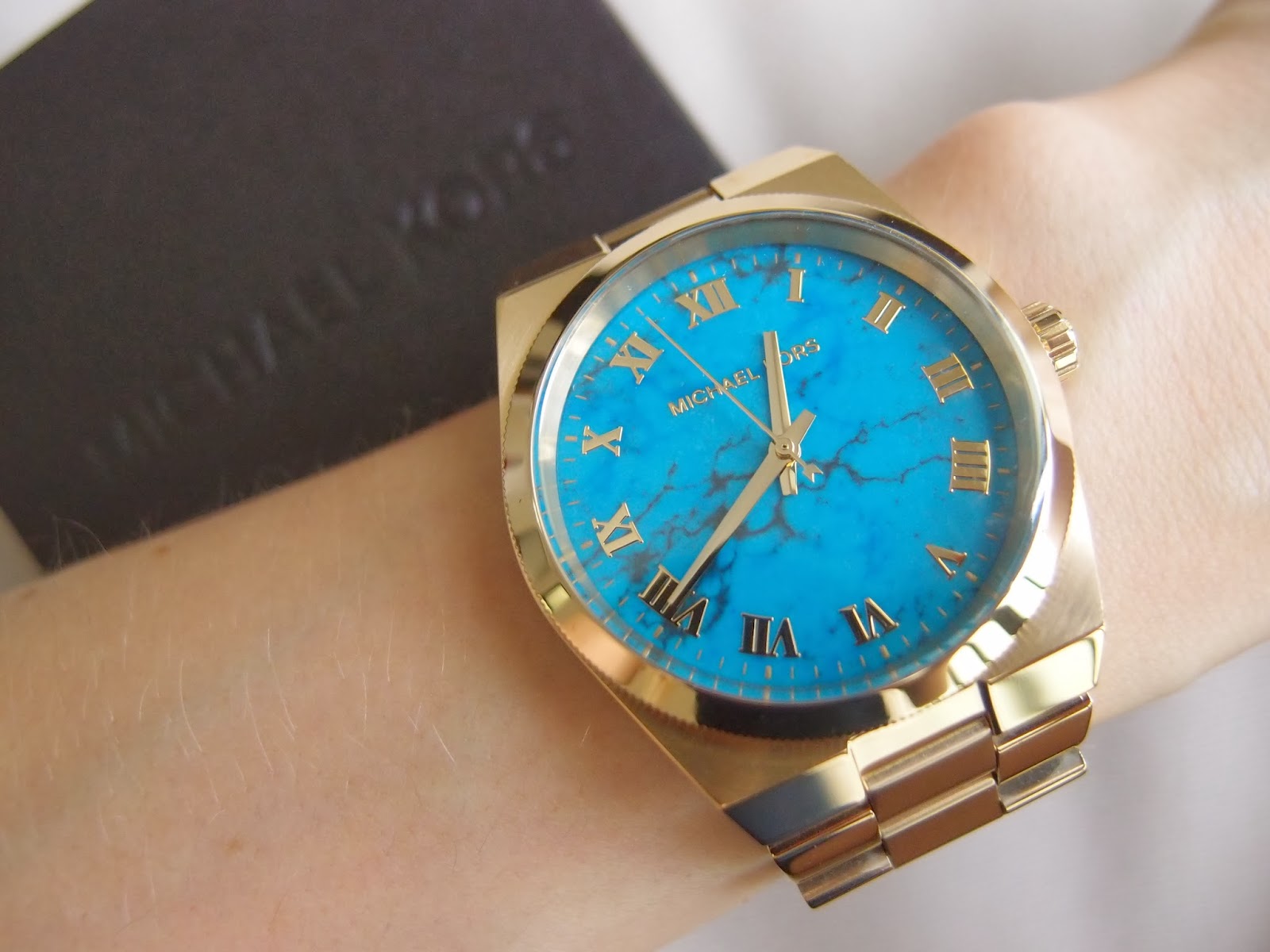 I got it from my husband for our anniversary. A Michael Kors watch with a sky blue screen. I love it. Like I've said, I don't buy things because of trends or to make myself feel better (at least if I do I do it very rarely, after all, I'm not perfect ;p), but this was something I've been looking for for years! Thus I rest in peace and think it was really worth the money :) What do you think?