My hubby took me to the East Coast Park for the first time on our anniversary weekend. The place has cycling/rollerblading roads and you can also rent a bike/blades at both ends of the beach. The place is also ideal for camping as it's close to the windy shore. Although I must admit that there's no way I could spend time in a tent that blocks all the heat inside! The day was VERY hot so I wasn't that thrilled about cycling there at first. After having a cooling coconut however, and as the day grew older, also the weather became more bearable ;) 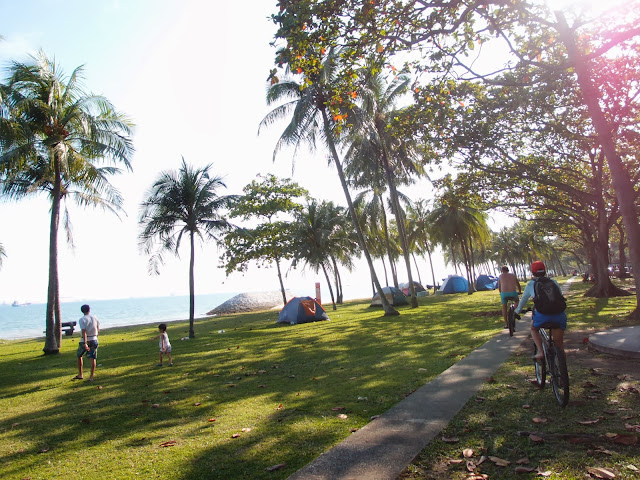 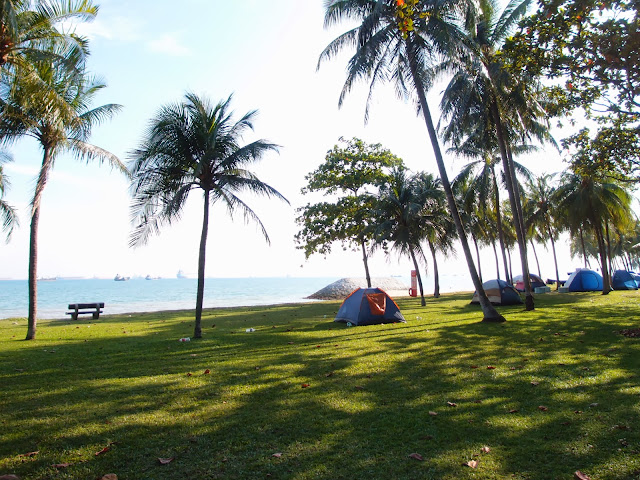 East Coast Park also offers water skiing and it has beaches for kids to play at. 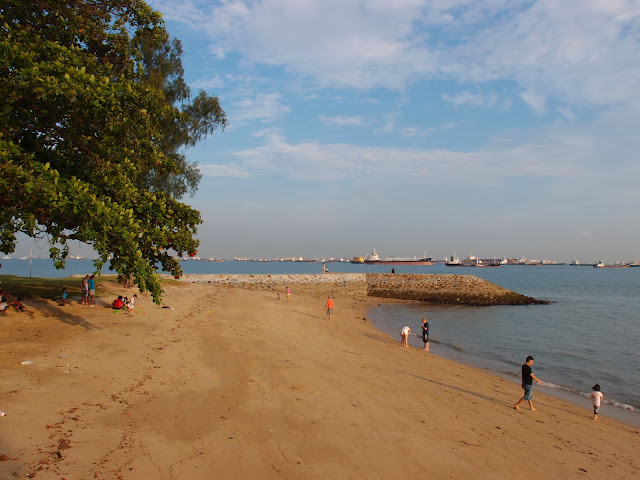 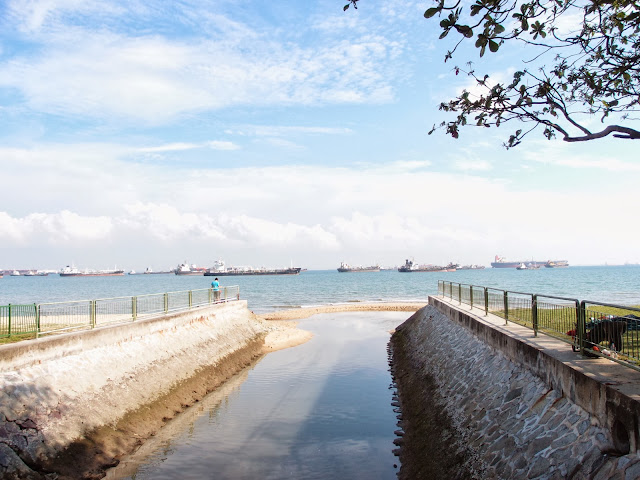 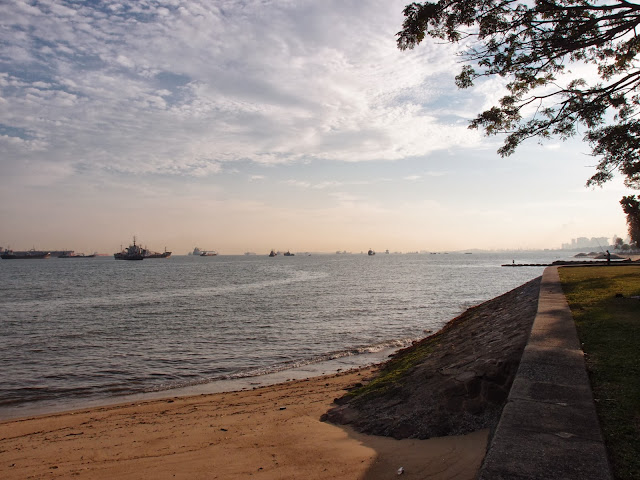 The nicest part was when the sun started to set brushing the sky with pink and orange. 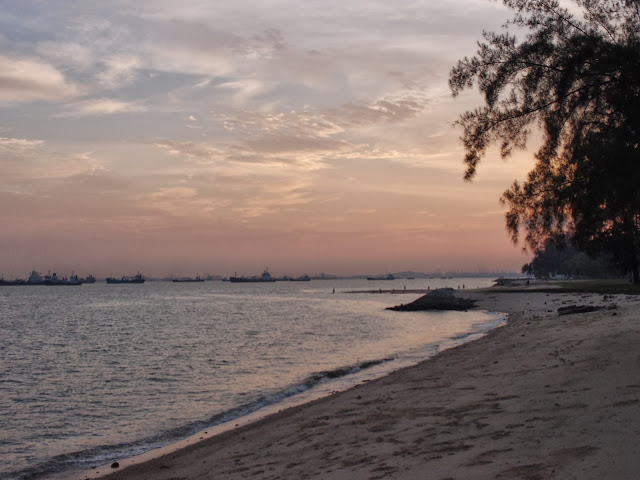 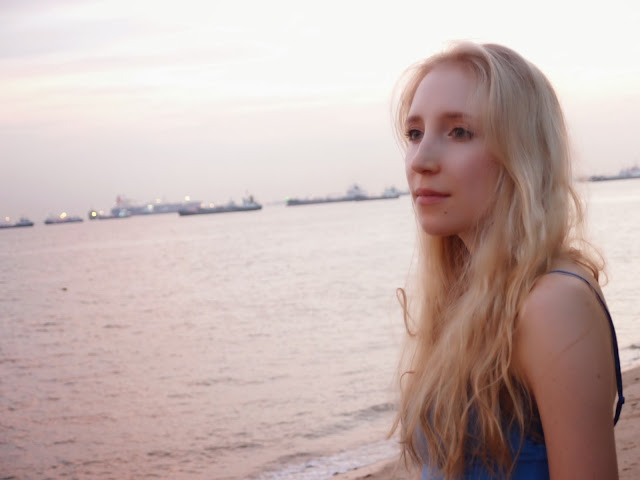 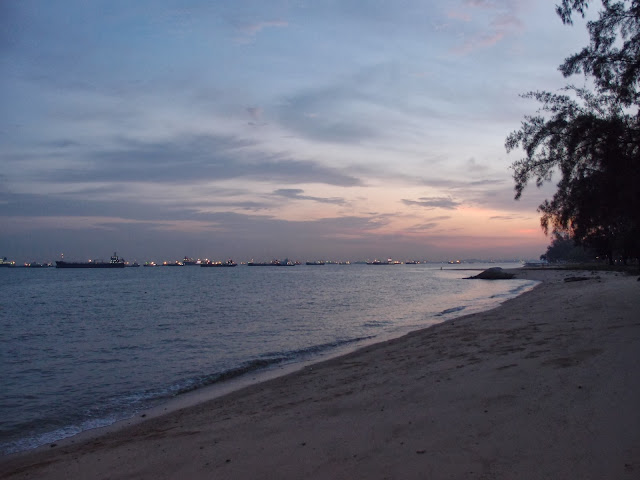 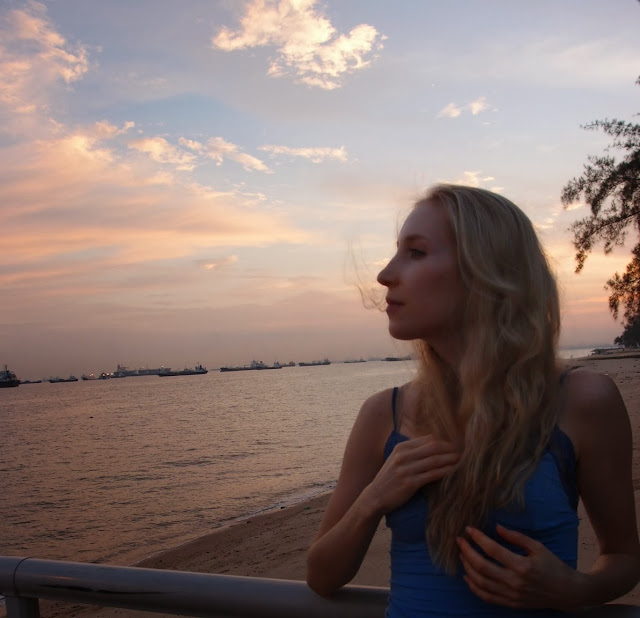 We stood at the jetty until the sun had set behind the city buildings. 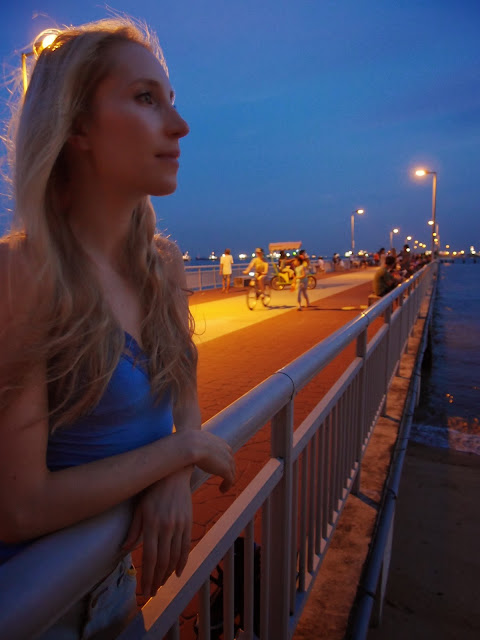