As I told you earlier here, me and my husband celebrated our three-year dating anniversary last weekend. We are married, so why celebrate dating anniversary? Well, first of all we both FORGOT our first official ROM anniversary in February! That was because we just arrived in Singapore and were overwhelmed by everything. My husband also claims that we agreed to celebrate our wedding anniversary in June as that is when we had our beautiful wedding in Finland - a very different one from the thousand-guest Singapore weddings. I personally think that there are never enough reasons to celebrate life and thus we should have anniversaries in February, June AND October, which is when we first started dating (it also means more gifts!!) ;) 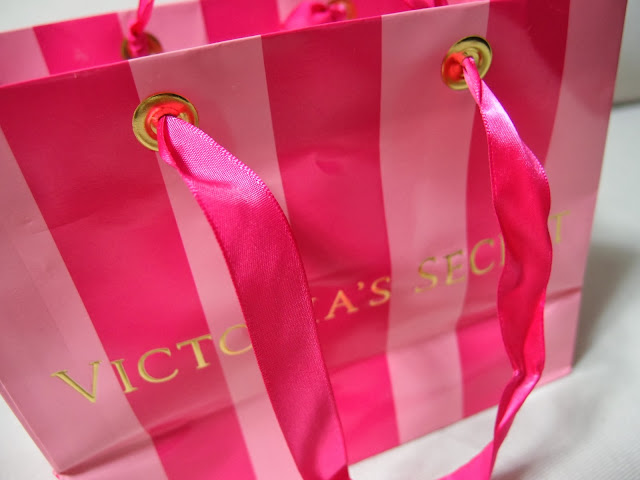 We enjoyed a nice roasted chicken&fried potatoes with greens dinner at home. And of course we had some champagne - my favourite drink! The feeling after drinking champagne is something completely different compared to the feeling after drinking some cheapie wine (that can taste really horrible in Singapore as the groceries don't keep the wines well). Champagne is the best way to relax!

I also came up with an amazing, tasty but healthy, easy&fast but with a 'wow factor' dessert recipe. I prepared this for the first time for my hubby and he loved it!! And he is quite particular about desserts! Recipe coming up soon :) 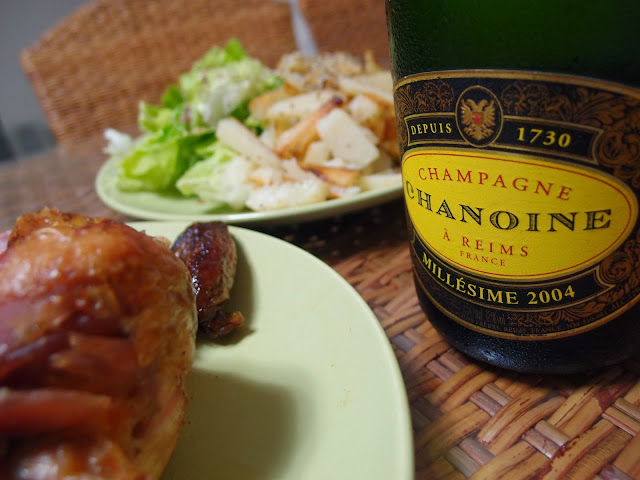 As it was an Anniversary Weekend, we also went to the East Cost Park (post coming later!) and just spent time together, talked, went for a coffee and watched old videos of our ROM&wedding. A relaxing weekend that is! 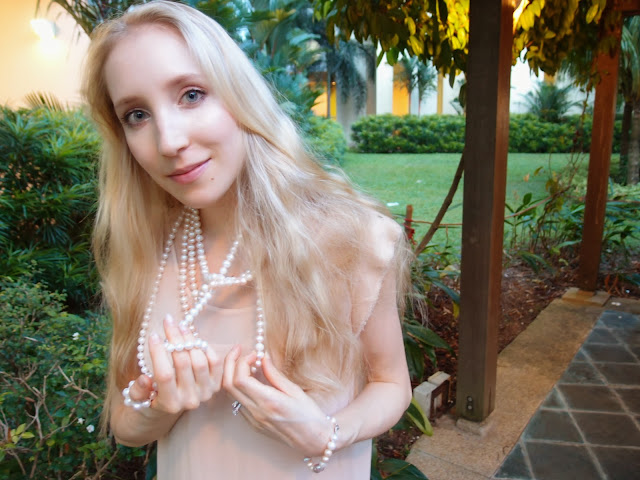 I always order the same thing at Starbucks - a soy cappuchino, and I spread lots of cinnamon on top to bring back a feeling of Finland. Yummy! 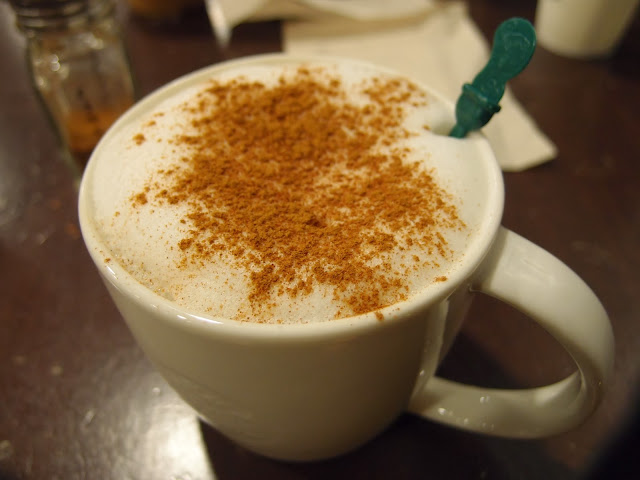 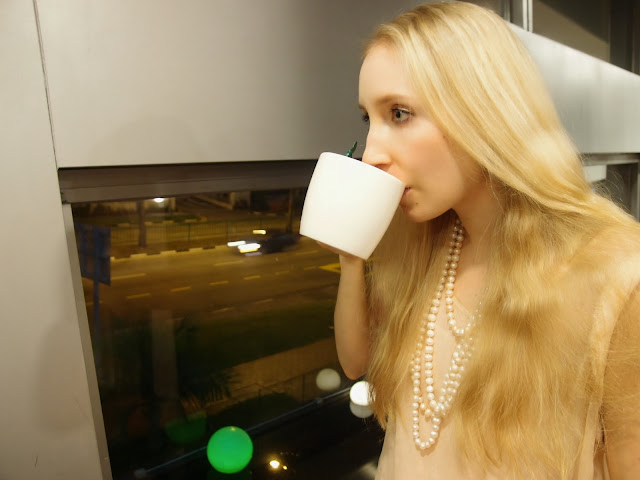 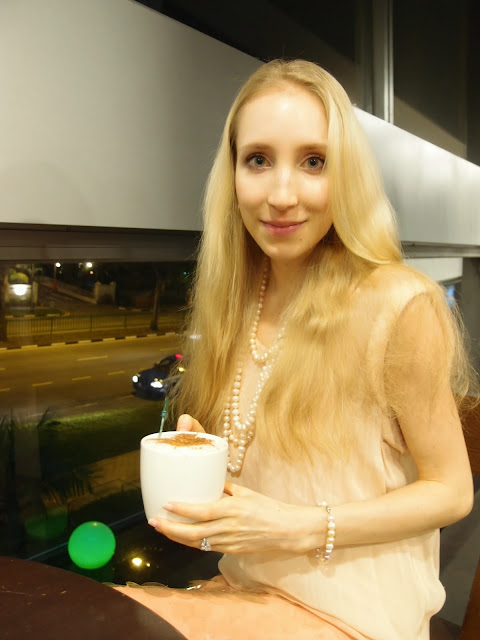 I love the hem design of this dress! The only thing is that every time I sit down, I get shocked thinking that I sat over something weird! haha 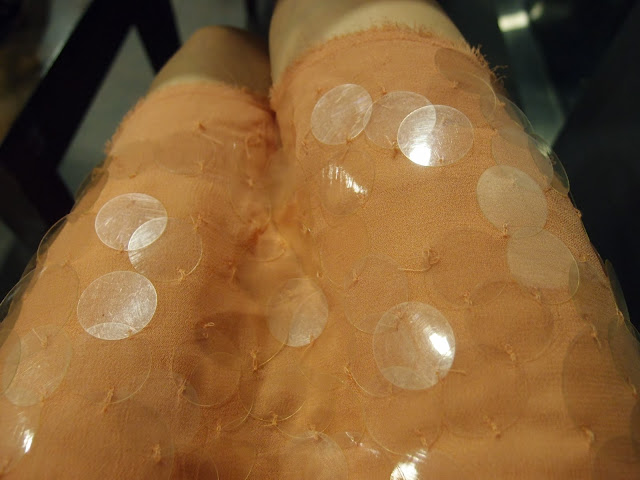 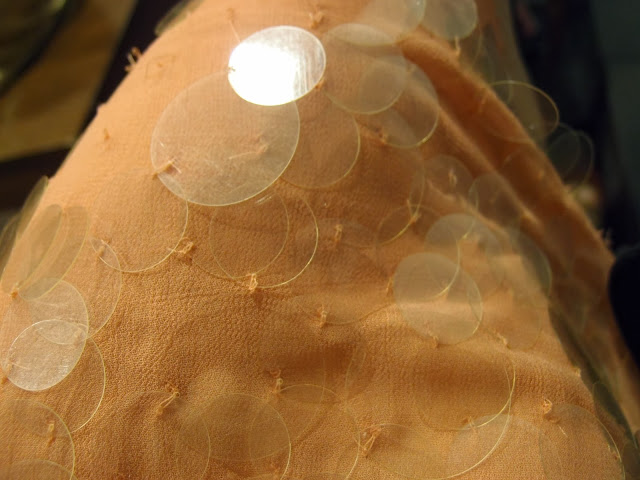 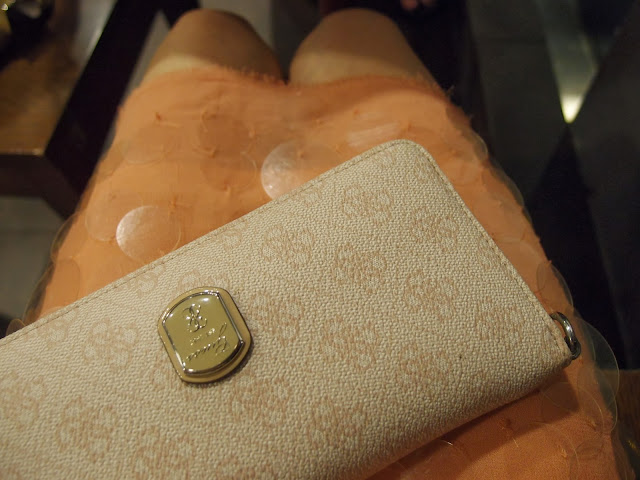 I have to say that my hair hardly ever looks this tamed because of the humid&hot air, and it's thanks to something new I found. I will share that product secret later on too in a separate "review" post - follow my blog to keep on track! :)